During the Arctic midsummer, regions long unreachable due to the ice are accessible once again. We plan a 14-day nature cruise on board the „Cape Race“, which will take you around the Spitsbergen archipelago. In addition to the spectacular destinations in the northwest of the island (such as the Liefdefjord with the mighty Monaco Glacier), on this trip we will also visit the vast tundras in the east of the archipelago. We plan to visit, among others, the island of Phippsøya in the Seven Islands archipelago as well as the large islands of Barentsøya and Edgeøya, where large bird colonies with kittiwakes and Glaucous Gulls can be found. Polar foxes and polar bears often roam the coastal terrain, so with a bit of luck we may encounter the white giant in its natural habitat. Further south we reach the Hornsund, where 14 huge glaciers release their ice masses into the sea, providing unique photographic opportunities. 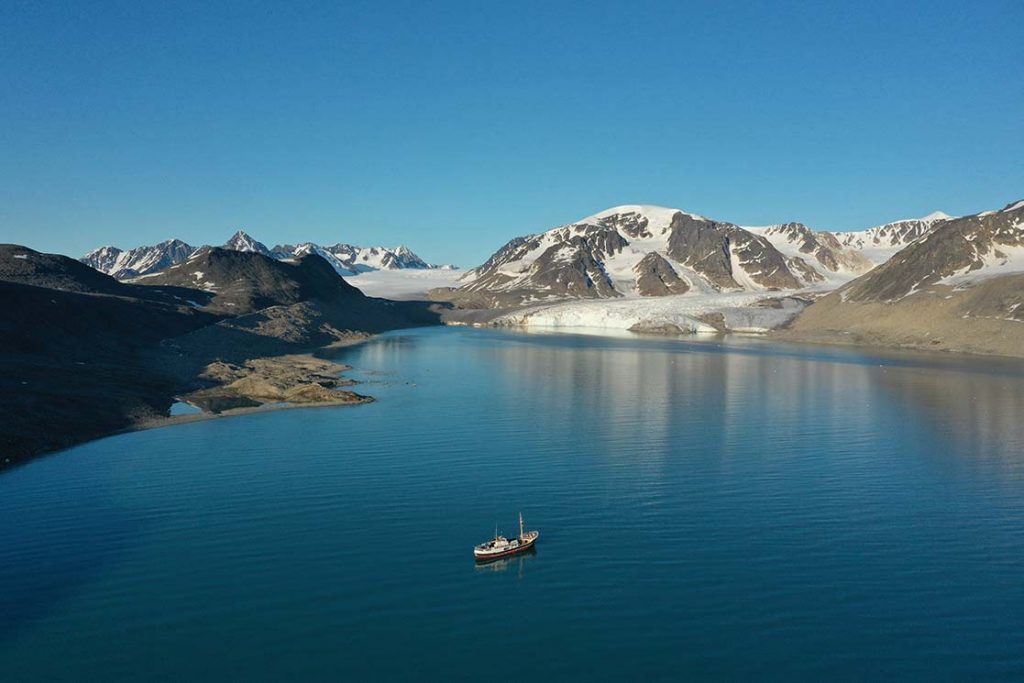 For our Zodiac excursions and also for longer stays on deck when it is cold, we provide full body suits, so-called flotation suits, for all travellers.

SCIENCE PROVIDES EXPERIENCE: With this premise in mind, you will also accompany us on our “science voyages” into the fascinating world of marine ecology – guided by our expedition leader, we will, for example, look and listen into the ice depths of the Arctic with the help of a professional ROV camera and an underwater microphone, admire plankton samples under the microscope, determine relevant environmental factors such as salinity, temperature or nutrients or take depth samples with a water sampler. In this way, you can also gather knowledge about the exciting polar ecosystem in just a few hours.

Day 2: Flight to Spitsbergen and embarkation
Continuing flight to Longyearbyen, the starting port of our nature cruise and the administrative centre of Spitsbergen, where you have time to explore the small settlement and, for example, the Svalbard Museum before embarking. In the early evening, it is time to cast off and the „Cape Race“ sets sail for the Isfjords.

Day 3-15: „Around Spitsbergen“
A selection of possible destinations for this trip:
Laagøya / Sorgfjord: On the island of Laagøya there is a lagoon where walruses regularly gather. At the Sorgfjord there is also a good chance of watching the huge seals.

Krossfjord / Ny-Ålesund: We plan a Zodiac excursion to the spectacular 14th of July Glacier. At Ny-Ålesund you can send postcard greetings from the post-office in the northernmost permanently inhabited place on earth.

Liefdefjorden / Monaco Glacier: At the mouth of the Liefdefjord we will go for a hike on the tundra island Andøya. We hope to see not only pink-footed geese and eider ducks but also the rare king eider duck. Later we enter the fjord and visit the edge of the huge Monaco glacier.

Phippsøya: The northernmost destination of this trip, the island of Phippsøya in the Seven Islands Archipelago, lies at 81° North – only 540 miles from the North Pole. There is usually pack ice around the islands, allowing us a very good chance of encountering polar bears.

Alkefjellet / Nordaustlandet: We reach the Hinlopen Strait and visit the bird cliffs of Alkefjellet, breeding ground for thousands of thick-billed murres. After crossing the Strait, we land on the island of Nordaustlandet and hope to sight the native Svalbard reindeer. 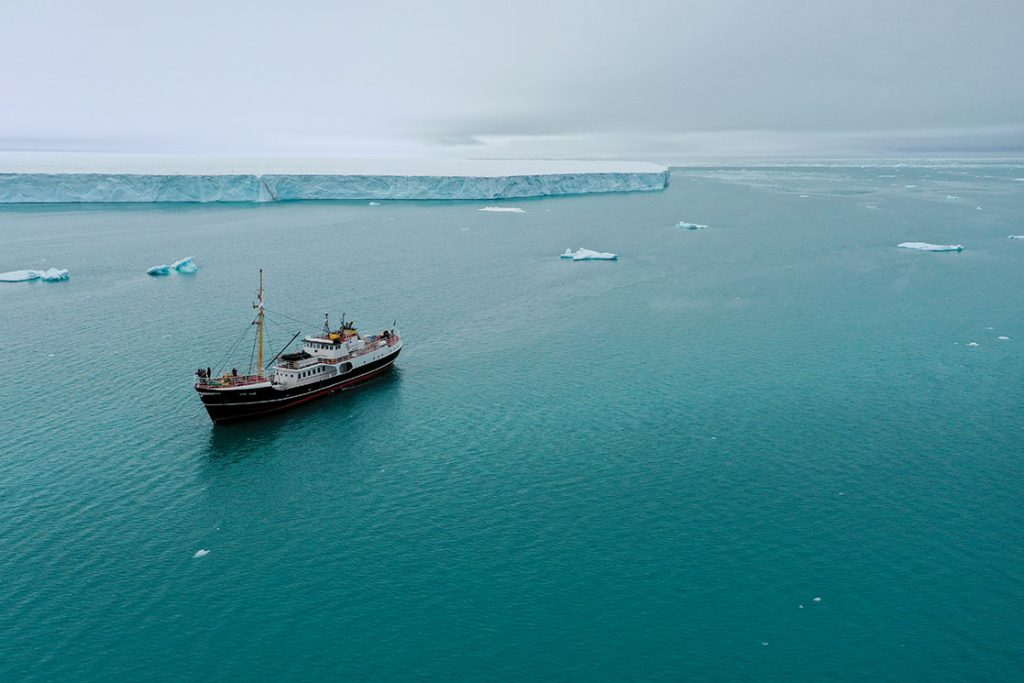 Torrelneset: this excursion destination is the seemingly other-worldly polar desert of Nordaustlandet. Nearby, another notable feature of this extreme landscape is the edge of the third largest ice field on earth rising almost vertically out of the sea – a truly breathtaking sight. 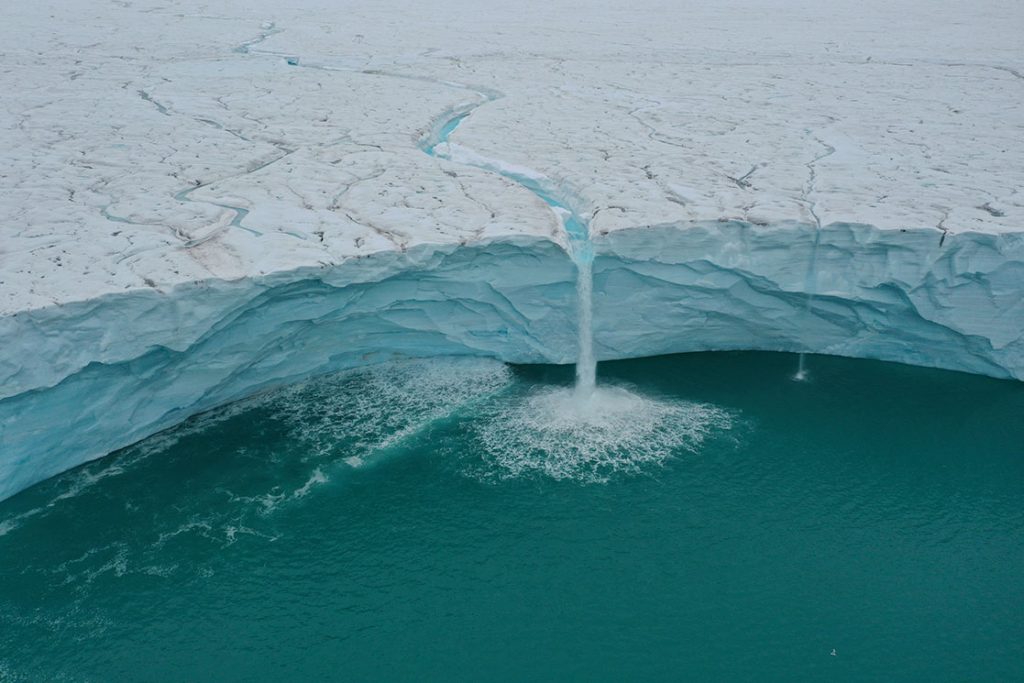 Barentsøya / Edgeøya: On the island Barentsøya we go on the search for reindeer and short-billed murres. During an excursion on Edgeøya we hike to a large bird colony with kittiwakes, black guillemots and Glaucous gulls. Polar foxes and polar bears often roam the area in search of young birds that have fallen out of their nests.

Hornsund: After the passage of the southern cape of Spitsbergen we reach the Hornsund and explore the side fjords of this spectacular bay. Fourteen enormous glaciers push their ice masses into the sea here, and the mountain Hornsundtind rises up from the sea to a height of 1,431 metres.

Van Keulen Fjord: On the shores of Van Keulen Fjord, skeletons of white whales are the remaining relics of local whaling in the 19th century. Today, the chances of encountering these small whales here are good.

Day 15: Longyearbyen / Return journey
The nature cruise concludes with the arrival in Longyearbyen. Transfer to the airport and flight to Oslo. Overnight stay at the Hotel Radisson SAS Airport in Oslo.

You can find out more about which cookies we are using or switch them off in settings.

This website uses cookies so that we can provide you with the best user experience possible. Cookie information is stored in your browser and performs functions such as recognising you when you return to our website and helping our team to understand which sections of the website you find most interesting and useful.

Strictly Necessary Cookie should be enabled at all times so that we can save your preferences for cookie settings.

If you disable this cookie, we will not be able to save your preferences. This means that every time you visit this website you will need to enable or disable cookies again.

This website uses Google Analytics to collect anonymous information such as the number of visitors to the site, and the most popular pages.

Please enable Strictly Necessary Cookies first so that we can save your preferences!